Kriya Yoga, the scientific technique of God-realization will ultimately spread in all lands, and aid in harmonizing the nations through man’s personal transcendental perception of the Infinite... [1]

Paramahansa Yogananda, who brought the spiritual science of Kriya Yoga to the West, recalled those prophetic words spoken to him by the yoga master Mahavatar Babaji on the eve of his departure for America. A spiritual revolution was in the making. The ancient techniques for Self- and God-realization, long the hidden practices of advanced Himalayan yogis, were emerging from the meditation caves to reach seekers of enlightenment throughout the world. The democratization of Kriya Yoga had begun. Now, over a century later, Kriya Yoga has touched the lives of millions of people worldwide.

Who benefits from it, and who is it intended for?

What are Kriya Yoga Benefits?

Anyone sincere and reasonably balanced can benefit from Kriya Yoga philosophy and practices for spiritual awakening, guidelines for a healthy lifestyle, and purposeful living. The universally applicable basics of Kriya Yoga practice include meditation for stress reduction and spiritual awakening, cultivation of ethical conduct and wholesome habits, philosophical study for spiritual and psychological insight, and learning how to trust life’s inherent support.

Even if a person approaches Kriya Yoga solely to improve their health and overall well-being, it can be beneficial. That may be sufficient in itself, or it may open the way for greater insight and spiritual growth if the interest is there. Who is Kriya Yoga for? Anyone who can and would like to benefit from it.

Like other paradoxes of the spiritual path, “anyone can benefit from Kriya Yoga” is moderated with “Kriya Yoga is not for everyone.” Over the years, I heard my guru, Roy Eugene Davis, say both. And I know both statements are true. Anyone can benefit from the practices that contribute to vital living, and not everyone will be interested in the ultimate goals of Kriya Yoga and what is required to achieve them. 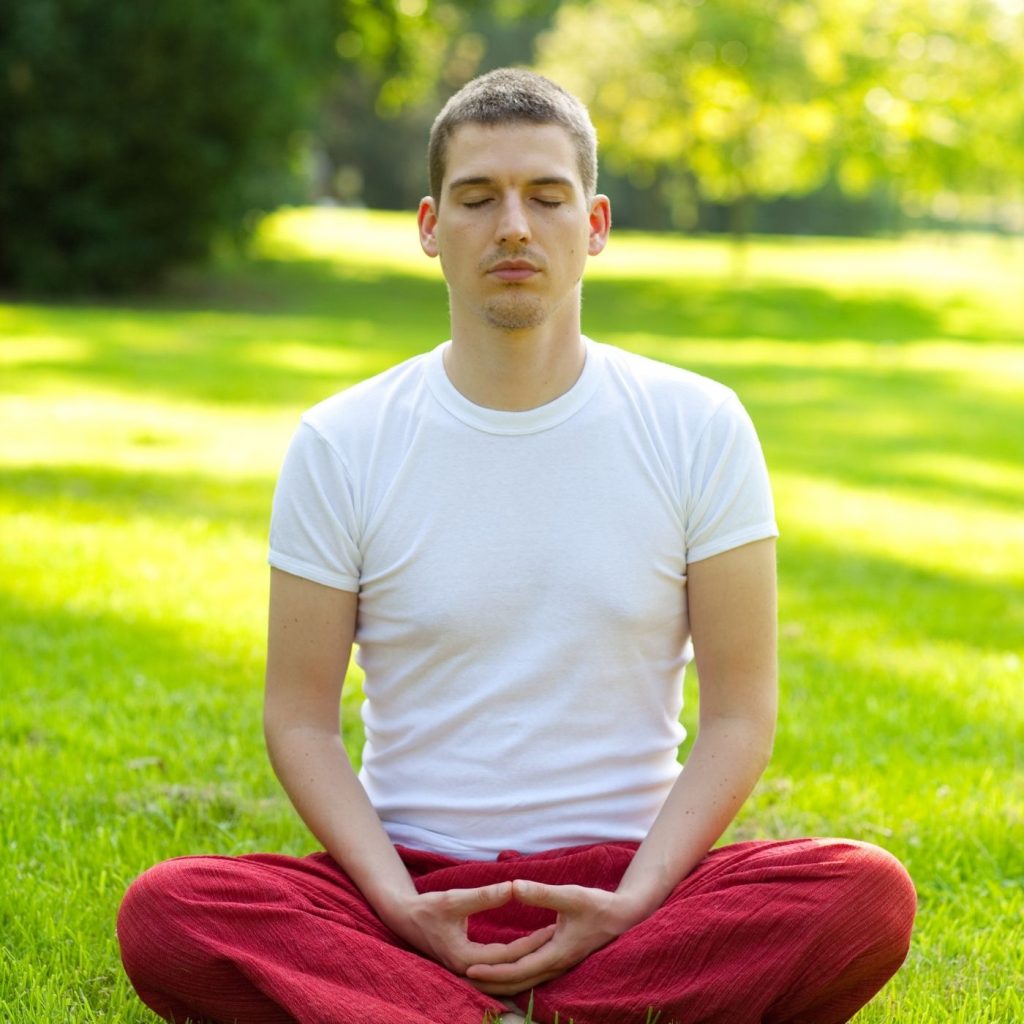 The essential purpose of Kriya Yoga is the liberation of consciousness, the absolute freedom that accompanies Self- and God-realization. To know Absolute Reality and our essence of being while living in harmony with the Infinite and the impulses of the soul is the Kriya Yoga way to fulfill our divine purpose. To realize that goal requires faith, discernment, dedication, discipline, and devotion.

Paramahansa Yogananda offered Kriya Yoga freely to those who were interested in what it could offer them. He was aware that interest was mild for many of the thousands he introduced to the teachings. Those interested in Self-realization and its accompanied disciplines were far fewer.  He took the long view, saying he was “planting seeds” of spiritual realization with each encounter. As in the parable of the sower, some seeds took root in spiritually receptive hearts and minds; some sprouted up with enthusiasm to meditate only to fade without determination, while others remained dormant until the opportune time.

Today, Kriya Yoga teachings and practices are still offered freely and openly. Those ready to take up the practice in earnest and embrace its highest goal find a veritable treasure trove of inspiration, guidance, and time-tested teachings pouring forth from the Kriya Yoga tradition and its lineage of yoga masters. Kriya Yoga benefits anyone sincere who engages with philosophy & practices for spiritual awakening and purposeful living.

Paramahansa Yogananda’s Autobiography of a Yogi often serves as an introduction to Kriya Yoga. Published 75 years ago, it still resonates with the timeless awakened consciousness that brought it forth. The story of Yogananda’s life, profound insights into Vedic teachings, meetings with spiritual masters, his journey of discipleship as a Kriya yogi, and his fierce and tireless determination to bring Kriya Yoga to seeking souls provide brilliant sparks for soul fires ready to ignite.

In the chapter titled The Science of Kriya Yoga, Yogananda explains how the practice of Kriya Yoga can quicken human evolution. He writes, “The life of an advanced Kriya Yogi is influenced, not by effects of past actions, but solely by directions of the soul.” Freedom to live in the soul, realize our highest potential, and contribute to global spiritual awakening are the promises.

Who will take up the practice in earnest with lifelong dedication? 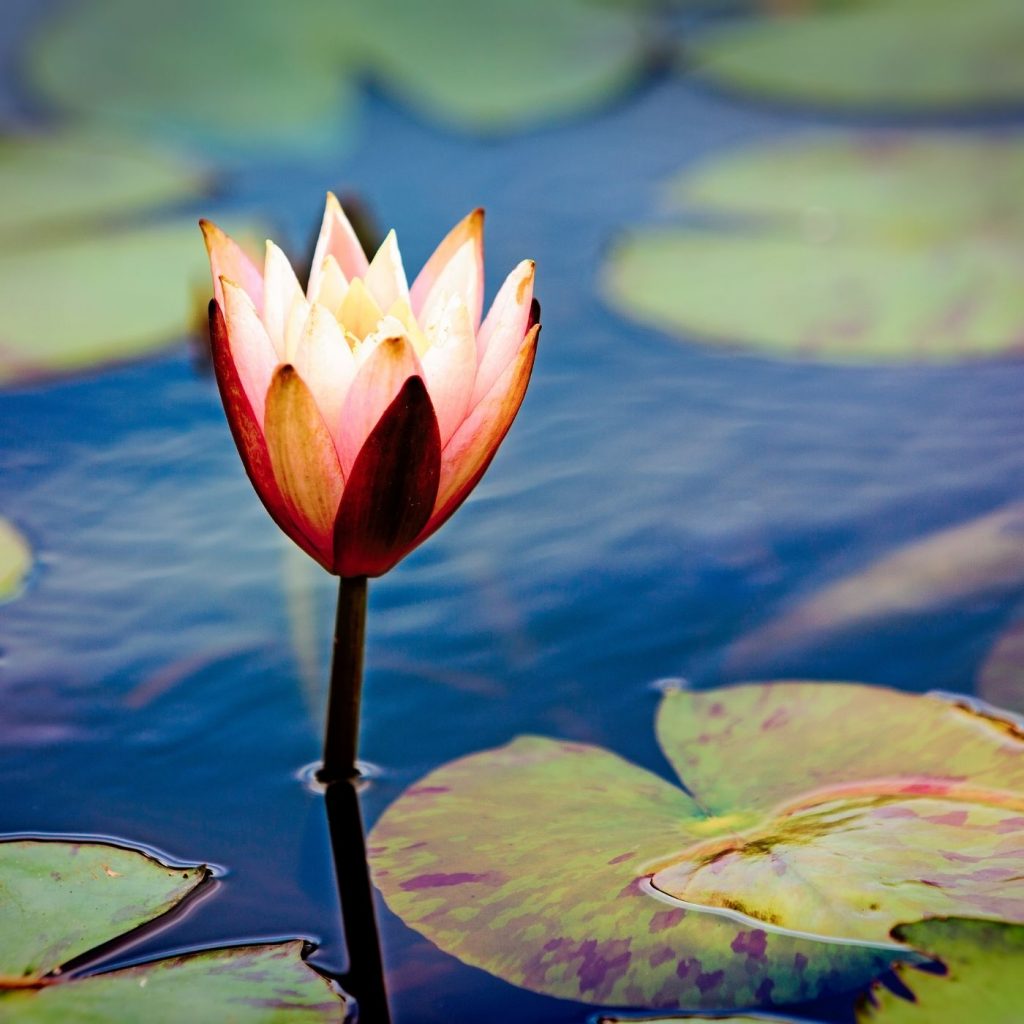 Many who read that chapter are eager to practice the form of Kriya Yoga pranayama, or breath regulation that Yogananda attests can lead to higher states of consciousness and ultimate liberation. They seek initiation into the method, imagining it to be not only the pinnacle of the practice but its fullness. There is no doubt that this practice is truly revolutionary and transformative. Yet, it is not the whole of it. Kriya Yoga is not limited to a technique; it is ultimately a way of life, a spiritual path for awakened living.

Those who discern that the world of change cannot bring unconditional happiness or satisfaction, who are ready to live the unbounded life of the soul, those who yearn to realize the truth and are inspired to live it—those are the ones who will benefit most profoundly from Kriya Yoga.

The Power of Breathing: Pranayama Practice

Yoga is about erasing the imaginary line between the so-called spiritual world and our material existence. Mystical hearts, compassionate hands, activist feet. We can do it. We must. https://t.co/3dumqp41Ai 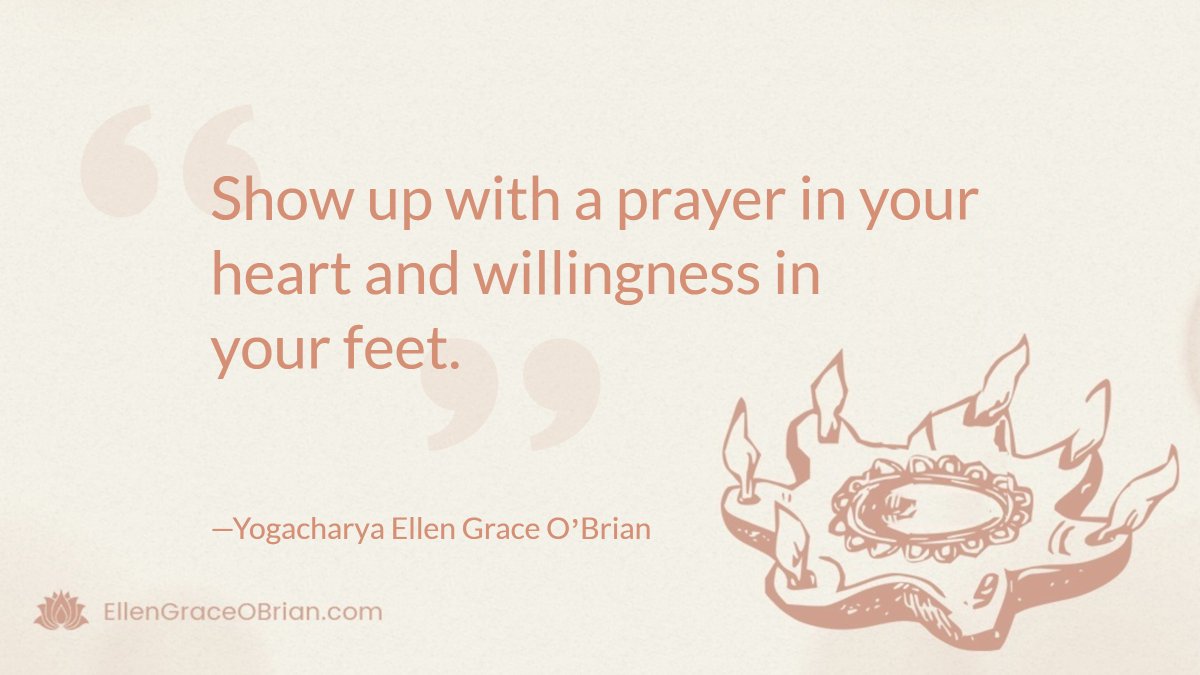 Follow @yogacharya_live
When we begin to awaken to our connection to God, the Supreme Reality, and therefore to our interconnection to all of life, we begin to sense the significance of this individual lifetime. Only when we identify ourselves as limited to mind and body do we feel insignificant to the evolutionary unfolding of the cosmos.EllenGraceOBrian.com ... See MoreSee Less

There is not one person here who is insignificant to the divine plan. Just as we can observe in nature the unique and essential value of each organism in a living ecosystem, so can we understand the essential value of each person to the living universe. Discover your north star with Yogacharya O'Brian's immersive online course, Dharma 365: EllenGraceOBrian.com/dharma-365#kriyayoga #dharma #higherpurpose ... See MoreSee Less

Here are three things to consider about air element, and our relationship to it.Read the full article: Air Element: Use Your Open-Hearted Healing Power▸ lttr.ai/w9so#spiritualpractice #consciousliving #planetaryhomeyoga ... See MoreSee Less

As we notice what air element makes possible, we begin to see how it supports healing and what it can teach us about openness and clarity.